We’re very sad to share that Wheely Tots’ electric bike, a Cube Cross Pro, was stolen on Monday 16th March on Lordship Rec. We use this bike to transport a trailer of cycles around to sessions for families and  Your Bike Project, our youth-led cycling initiative based in Tottenham. Pictures of the bike are here.

Although we’re gutted, we’re also heartened by all the empathy and help that David received from strangers and passerbys immediately after the theft on his search for the bag and information. We’ve also received loads of support from people we’ve shared the news with. This feels symptomatic of all the community action that’s taking place right now, proving just how much we can be there for each other.

David was cycling out of Lordship Rec, near the Walpole Road entrance, when two young people blocked his way and asked him for the bike. On the bike was a blue pannier, full of equipment, and attached to it was a hitch that secures the bike to our trailer.

“I went back to the BMX track, where I saw some of the young people who attend Your Bike Project sessions on Saturdays,” explains David. “I told them what had just happened and asked them to take my blue bag to the community centre or the hub if they found it.”

“They were more keen to tell me about what a great session they’d had last Saturday, which was nice to hear,” he adds.

After fetching a spare bike from the Croydon Block in Broadwater Farm Estate – the venue for Your Bike Project Saturday sessions – David explained what had happened to a stranger on a bike, who agreed to accompany him on a recce around the park.

After the cyclist left, David asked a couple of other passerbys if they’d seen his bag. He then spotted something blue on the other side of the Model Traffic Area and cycled towards it.

“Amazingly it was the bag!” says David. “The bike tools were still in it. All my keys – all the keys for everything to do with Your Bike Project and Wheely Tots – were in there. The one thing I’d lost were my gloves, which out of all things considered, is pretty good.

“I passed another guy after I picked up my bag. He said, ‘oh is that yours?’ It was a glove!”

On his way home David passed Park View School, where he spoke to Mr Chambers, a teacher, who gave David the number of the Deputy Head. “I figured out, if someone might know someone who might know someone who knows where that bike is and maybe we could at least get that hitch back for the trailer, which would be useful.”

We’re really keen to get the bike back as it’s essential for our work as a charity. If anyone has any information or would like to offer support, please let us know on [email protected]. Thank you.

Around 5pm on Monday 16th March , Lordship Rec,  near Walploe Road entrance , N17 6BD.  The bike was last seen being ridden down Adams Road past the Community Centre.

This bike was stolen by 2 young men from Lordship Rec whilst it was being ridden.  Its a black / blue Cube –  Cross Pro  –  that we use to pull a bike trailer for yourbikeproject.uk and the upcoming wheelytots.com/easter sessions.  We really need it back!!  – in particular the hitch attached to the seatpost – any help much appreciated.  Photos below. 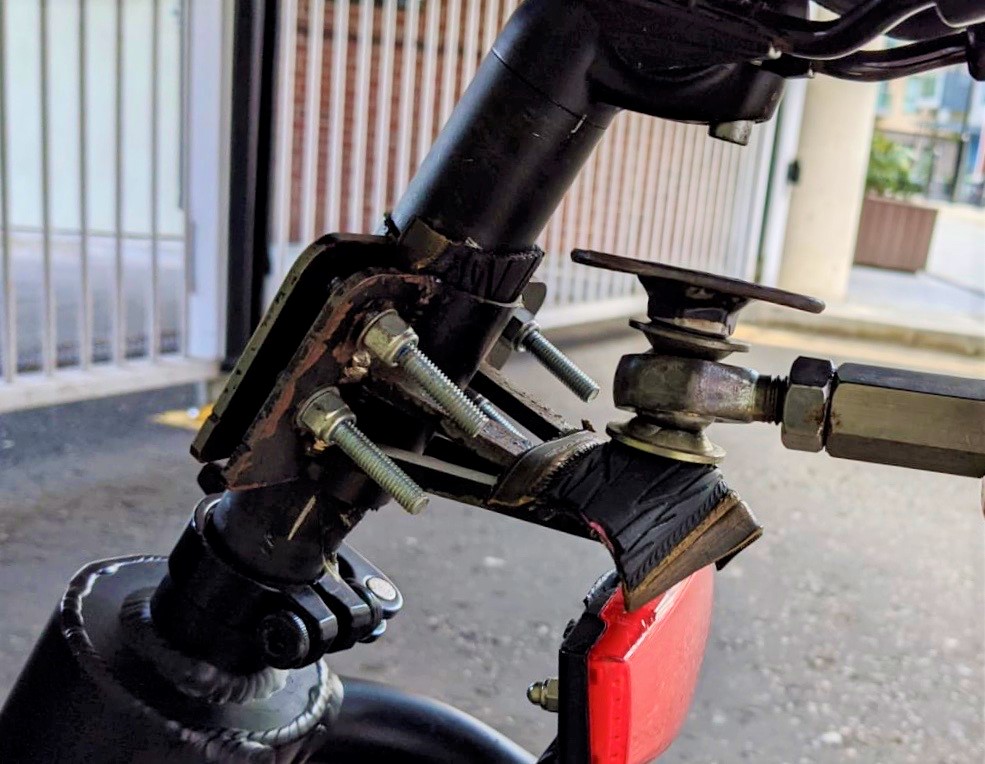 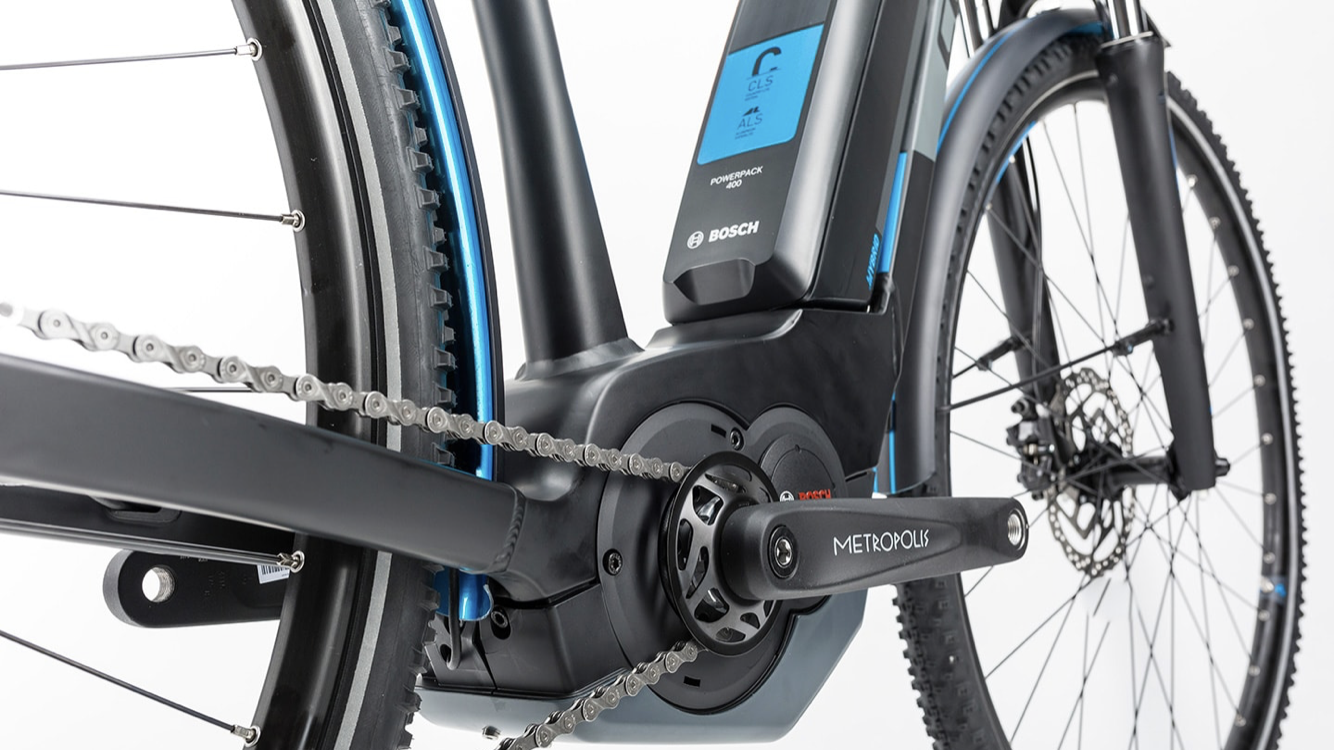 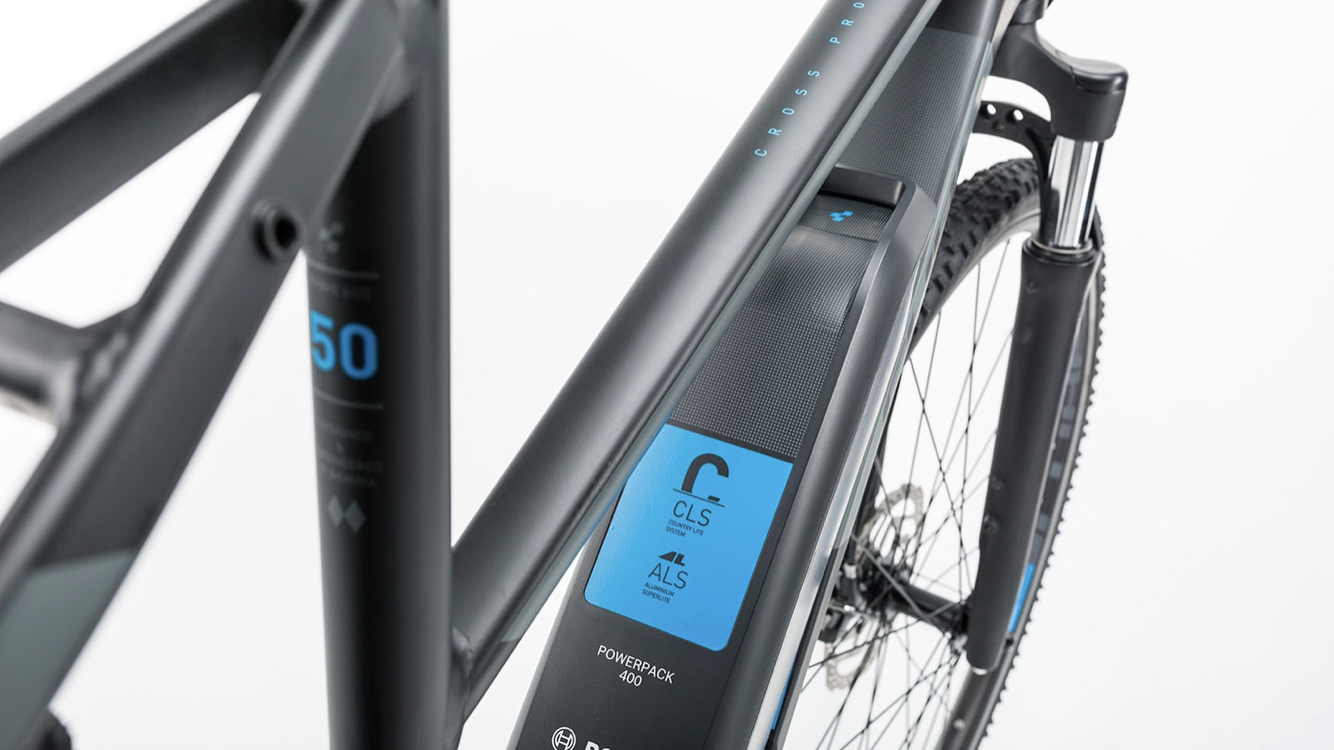 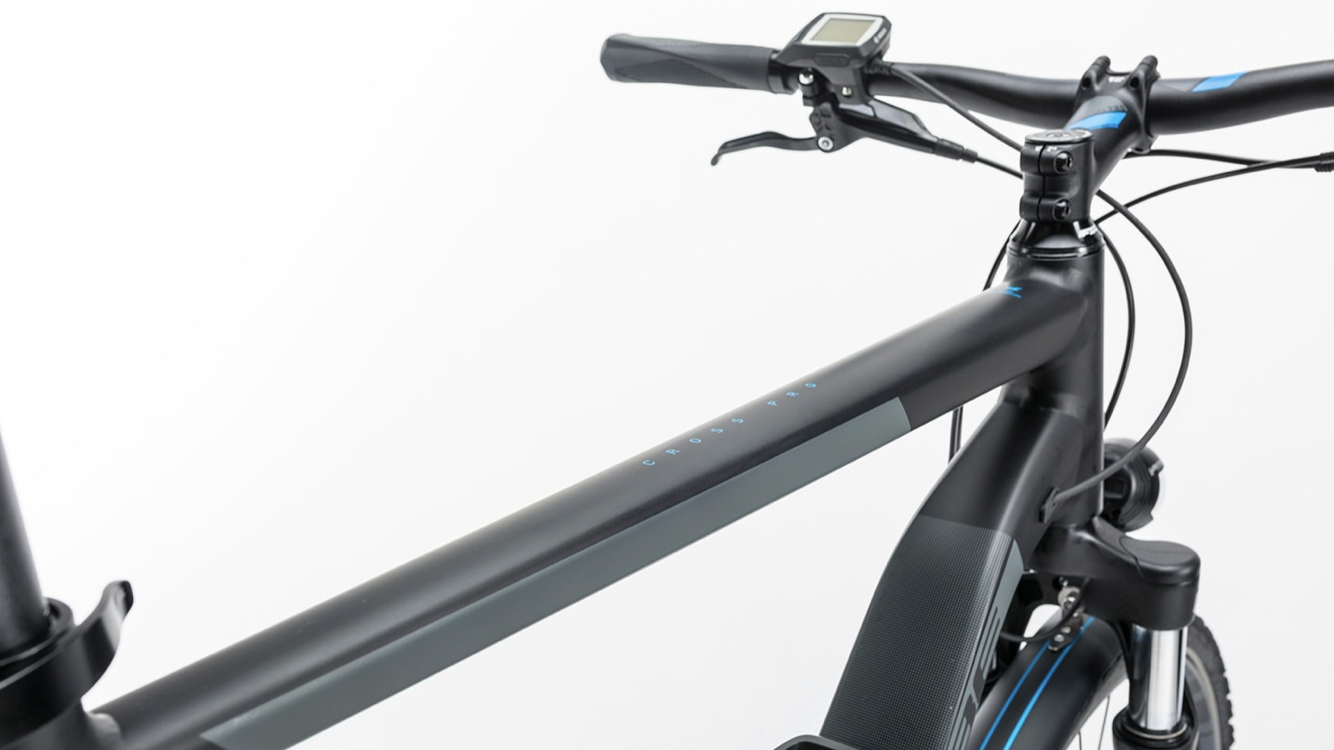 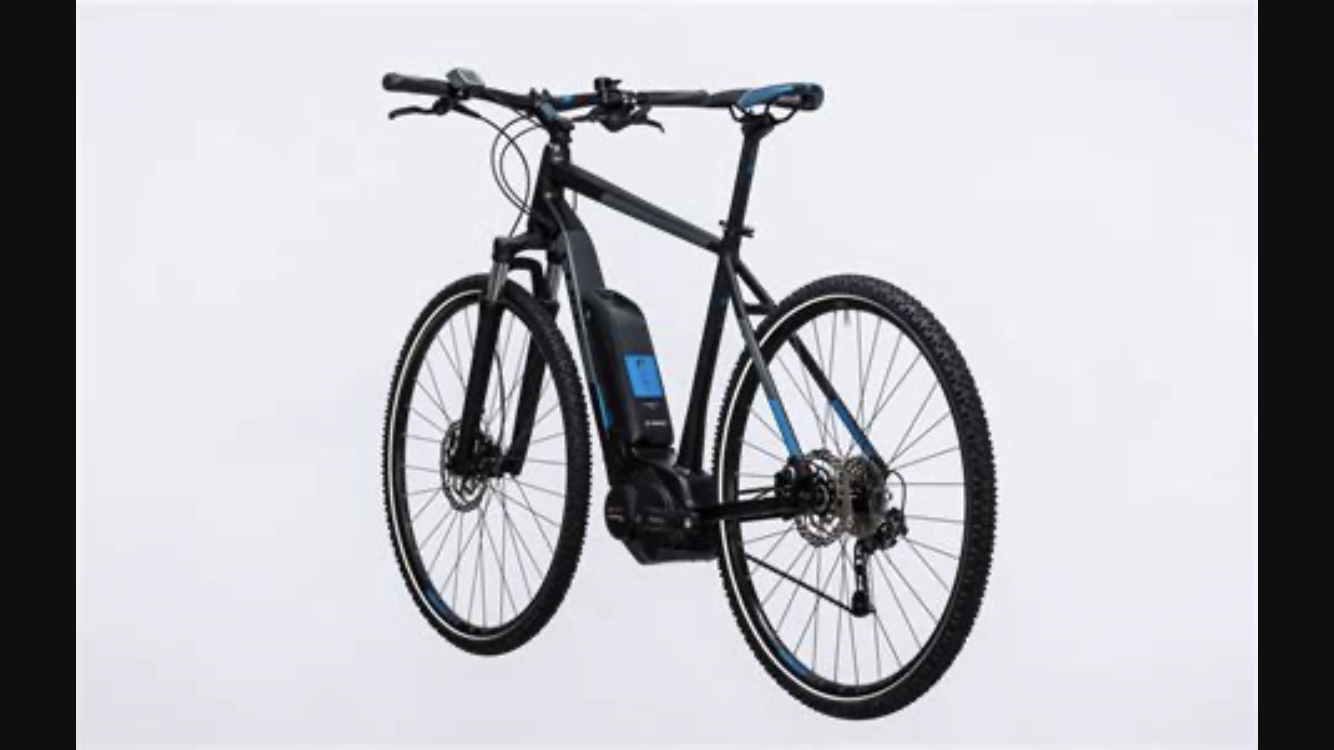 Wheely Tots has been shortlisted in the Hoop Awards 2020!

This means we have been chosen as one of the top family activities in the London area.

Next, the competition opens up to the public vote. The winner will be the organisation with the most votes.

We are nominated in the ‘Best for Getting Active’ category. You can vote in other categories too but you can just scroll through to ours and vote for us.

We’d be really grateful if you could vote for us and encourage your friends and family to do the same.

The voting closes on 23 March and the winners are announced on 30 March.

What are the Hoop Awards?

The Hoop Awards are an annual celebration of the activity organisers who go above and beyond to entertain, educate and inspire children nationwide. Shortlists are compiled for each category based on popularity in the Hoop app (that’s views, saves, shares, and ratings), and then it’s down a public vote.

You can find out about Hoop here. 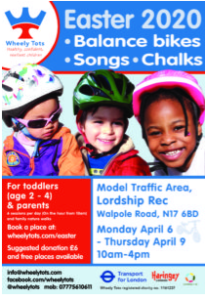 Wheely Tots will be back at Lordship Recreation Ground for Easter 2020.

We’re running parent & toddler balance bike sessions through the day starting at 10am, 11am, 12pm, 1pm, 2pm and 3pm from Monday 6th April to Thursday 9th April in the Model Traffic Area.

More details and booking link on our website here: http://wheelytots.com/easter/

Come and join us, bring your friends! 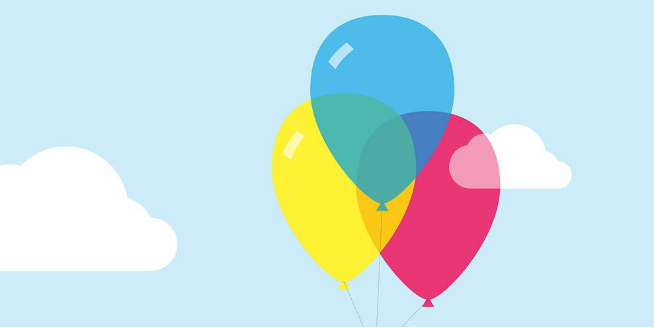 Since February, Wheely Tots has been supporting the Mayor of London’s Early Years Campaign. We have been finding out and sharing information with families about early years provision in and around the West Green ward in Haringey.

Lots of children in Haringey are eligible for a free early learning place in a nursery, children’s centre, playgroup or childminder, for up to 15 hours a week. Early learning is good for children’s social, physical and mental development and also helps them to prepare for school – giving your child the best start in life.

As part of the project, we’ve developed an online Early Years toolkit for parents and carers in Haringey, which contains lots of the information we’ve gathered over the last nine months.

If you are interested in learning more about this project, or have any suggestions for the toolkit, get in touch at [email protected]. 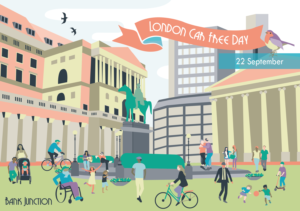 Wheely Tots will be attending two exciting weekend events in September, we are expecting both to be busy so if you are able to come along and help out on either day, please let us know, we would be really grateful for some extra pairs of hands.

Hidden River Festival
On Saturday 14 September we will be running parent & toddler balance bike sessions at Hidden River Festival along the New River Path. Book your spot for 12pm, 2pm or 4pm.
We are seeking volunteers to join us on the day to help us on our stall and engage with people attending the festival. This could be split into 2 shifts, 12:00pm – 3:00pm and 3:00pm – 6:00pm.

Car Free Day
Sunday 22 September is London Car Free Day. We will be located in the City, near Bank Station and will be running parent & toddler balance bike sessions on the pedestrianised streets. Book your session here.
We are seeking volunteers to join us on the day to help us on our stall and engage with people. This could be split into 2 shifts, 10:30pm – 1:30pm and 1:30pm – 5:00pm.

If you’re able to volunteer, email [email protected] with the date and time you are available.

Who are we looking for?

Are you a parent?

Are you happy to talk to other parents about your experience of sending your child to nursery and share information about available childcare options?

Then you could be a parent ambassador.

What will you be doing?

Share information with local parents about the Free for Twos early learning offer at locations & events such as:

You will speak to parents, give them leaflets with information and signpost them to available support to make an application if they wish to access Free for Twos.

You will record the number of families you speak to and report this to Wheely Tots.

You can be an ambassador during your daily activities when you are out and about in the local area or you can allocate times when you will visit a certain location to meet a specific group.

What will we do for you?

Wheely Tots is looking for Haringey residents to become ambassadors: local people who promote getting around by bike and on foot to their friends and family.

Examples of some of the things that an ambassador might do include: wearing a Wheely Tots tabard; volunteering at one of our sessions or events; sharing knowledge about safe cycling with your community; and recording the journeys you make by bike and on foot.

We particularly welcome interest from women, young people and those from BAME backgrounds.

This project is generously supported by Haringey 40:20

Wheely Tots is looking for partners for an initiative which aims to support women and girls to become more confident and safer cyclists.

The kinds of activities we can deliver with you include:
– Cycling training and group rides
– Balance bike sessions for mothers (or aunts or grandmothers!) and toddlers
– Bike maintenance skills
– Route planning workshops
– Bike fitting sessions and advice for purchasing a bike

Activity could be:
– A one-off taster session within your existing programme
– A series of drop-in workshops
– A series of weekly sessions – e.g. an after school club

We’re keen to shape the project with partners and participants, so we’re really open to ideas about how we could work together best in your context.

How much will it cost?

We will provide all equipment and facilitators at no cost.

We could come to your setting, host a session at our Family Cycling Showroom at the Castle Climbing Centre on Green Lanes, N4 or run something in a local park.

Sessions can take place between now and November.

For more information, or if you’d like to work with us on this project, please contact [email protected]

This project is generously supported by The Sage Foundation. 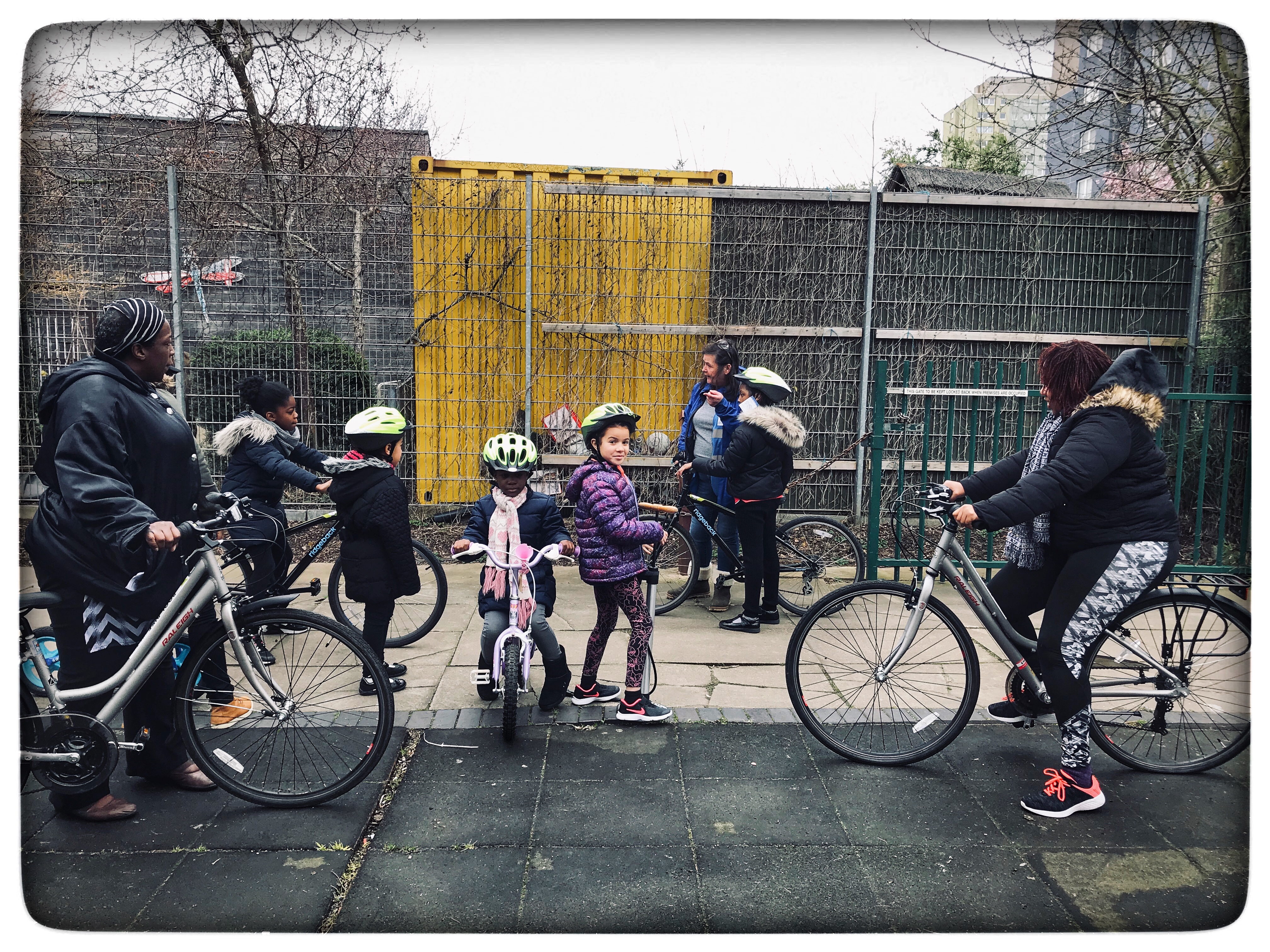 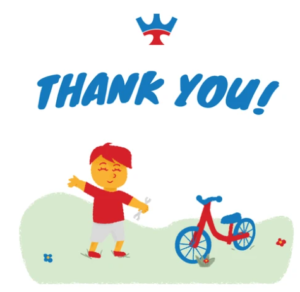 Have a Fix Your Bike Voucher?